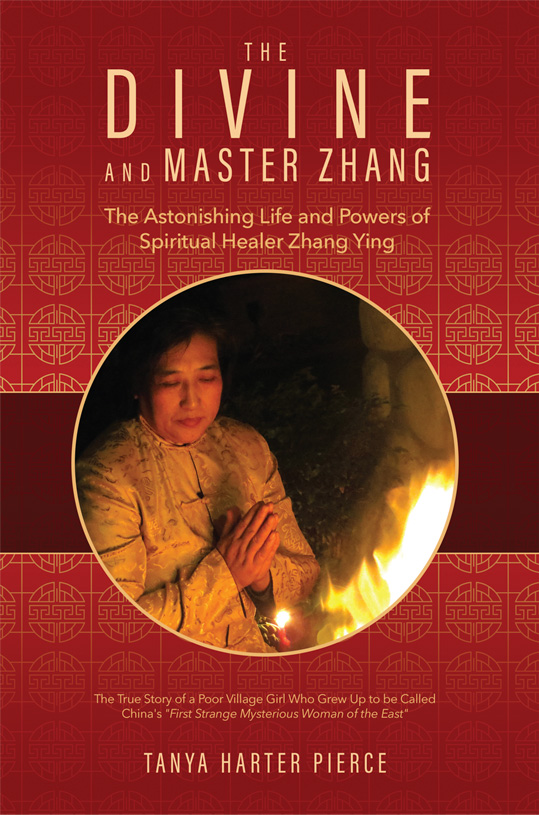 The Divine and Master Zhang is the heart-warming true story of a poor village girl in China who was born with natural psychic abilities and grew up to be a famous healer. With the help of a kind Buddhist nun who mentored her, and with powerful spirit guides who came to her aid and also trained her in “The Chinese Divine Powers,” she was able to start healing people while still in her teens. Word of her abilities spread fast across the countryside and people with all types of ailments were soon flocking to her for help. For the very first time in English, Master Zhang’s intriguing life and career are presented in this book a paranormal journey that involves destiny, spirit masters, levitation, psychic visions, visits from Kuan Yin, materializations of of things out of thin air, teleportations, and even dragons!

Yet, because the communist regime at the time was intent upon stamping out all spiritual activities, she endured continual persecution and had to struggle to continue her work. Local community leaders were hard on her and her own in-laws were even worse, to the point where she was beaten more than once and even severely injured just for carrying out her spiritual healing work.

Finally, Master Zhang, as she came to be called, was tested by local county leaders to verify her psychic abilities. She passed with flying colors, so she was then sent to Beijing to be tested by some of the country’s top scientists. She passed a harrowing set of tests there, and her psychic abilities as well as her special talent of materializing objects out of the air were officially recognized and endorsed by the Chinese government. In fact, the researchers in Beijing gave Master Zhang the special title of, “First Strange Mysterious Woman of the East.”

This biography is set within the age-old culture of China that, despite its communist conversion, is still steeped in customs and ways of thinking that make it a fascinating read for westerners. But, most memorable of all, are Master Zhang’s paranormal healing techniques that go beyond what most Buddhist healers are able to do. The photos in the book document her connection to Chinese scientists and military officials who tested her, and also show her demonstrating her ability to materialize herbs, liquids, and other items out of the air!

Read free excerpts from The Divine and Master Zhang!

Tanya Harter Pierce has been a researcher and writer in the field of alternative healing for over 17 years. Her first book, OUTSMART YOUR CANCER: Alternative Non-Toxic Treatments That Work, started out as research to help a family member with cancer, and later became a popular source of information for anyone looking into treatment options other than chemotherapy and radiation. To her great joy, many people have claimed the information in the book saved their life. (For more information, please visit www.OutsmartYourCancer.com.) Tanya has a master’s degree in clinical psychology and was in private practice as a licensed marriage and family therapist and hypnotherapist before becoming a writer.

Ever since she can remember, however, Tanya has also had a keen interest in psychic phenomena and metaphysics. In more recent years, that included spiritual healing of all types, and she has avidly investigated a variety of healers with special skills. Observing Master Zhang’s ability to materialize objects out of the air was a definite high point in Tanya’s investigations and she was able to appreciate the uniqueness and overall importance of Master Zhang’s life story. The possibility of being able to present it to the world for the first time in English was exciting and felt like a natural continuation of her ongoing efforts to bring helpful healing information to the public. THE DIVINE AND MASTER ZHANG is Tanya’s second book.

Writing this book involved challenges, mainly due to the language barrier and need to always use an interpreter, along with having to work with a certain amount of translated material that was often not clearly written. However, it was a truly fascinating and intriguing project because Master Zhang is a healer whose methods are, for the most part, completely unheard of in the western world and whose life story is so very different from what we in America are used to reading about. To say that Master Zhang has lived a fascinating life is putting it mildly. What Tanya found most exciting, however, was that observing Master Zhang’s healing techniques can be a transformative experience, capable of opening one’s mind to a more expansive concept of reality than a person might have considered before. She hopes that others will find the information in the book as intriguing as she did.