Master Zhang grew up in a rural area of China and her parents struggled to have enough money to raise and feed their children. But she was a happy child, nevertheless, and she liked to help her neighbors and care for animals in need.

As early as seven years old, Master Zhang’s unusual psychic abilities began to show. She spontaneously predicted events that would happen in her village and was the cause of harmless telekinetic occurrences in school. As a teenager, she fell into an inexplicable coma during which she was greeted by a white-mustached wise being who became her master in spirit and who taught her what he called “The Chinese Divine Powers” before he pushed her back into her body.

Partly because of the Communist regime in control at the time, and partly because people just did not understand or appreciate her unusual abilities, Master Zhang was treated very badly in her early life and had many hard times to live through. She even tried to commit suicide more than once, but the heavens kept saving her. Looking back on the troublesome times, Master Zhang later quoted an old Chinese scholar who said:

“When the heavens render a great task to one, they put his heart in troubles, his muscles in pains, his stomach with hunger and thirst, his body in emptiness, and his deeds in a mess in order to increase his strength and knowledge.”

The spirit master who taught her the Chinese Divine Powers often helped Master Zhang, and she was also mentored by the venerable Kuan Yin in spirit as well as a kind elderly Buddhist nun.

Under the guidance of the Buddhist nun, Master Zhang began working as a healer. Most of the people she worked with were poor and often could not pay for her services. But she always tried to fulfill her destiny as more and more people came to her for help. From early on, her techniques transcended Traditional Chinese Medicine (TCM) and went against long-accepted concepts of reality and the laws of physics. One of these is her enigmatic talent of “Grabbing Medicine from the Air,” which is the ancient Chinese description of being able to make herbal manifestations from the Medicine Buddha materialize out of thin air. For many people, observing her do this has been a life-changing experience.

Eventually, Master Zhang was rigorously tested by scientists in Beijing and finally received the official recognition she deserved. Through a scientifically controlled and documented process of testing, which is detailed in the book, the government of China was finally satisfied that Master Zhang’s psychic powers were real and she was given the distinguished title of, “First Strange Mysterious Woman of the East.”

After gaining national recognition, Master Zhang healed many government and military officials as well as her usual customers, and gave numerous large presentations to groups in China, Taiwan, Japan, and other countries. Qigong leaders throughout Asia observed her demonstrations and were amazed. As her fame grew, the size of her audiences grew as well, to where she sometimes sent healing energy to thousands of people at a time. Television crews around the world have filmed her performing her healing work, and numerous articles have been written about her in Chinese. In the 1990s, Master Zhang started making short visits to the United States and in 2000, she was awarded certificates of “Doctor of Divinity” and “Doctor of Philosophy in Alternative Therapy.” She was filmed in Chile, where she received recognition among shamanic groups, and has participated in spiritual retreats in Mexico and the U.S. Currently, Master Zhang resides in southern California, but she continues to travel to China and other countries regularly.

Some people have wondered if Master Zhang was ever given the coveted title of “National Treasure of China.” To this, she takes a humorous attitude and explains:

Usually, whenever anyone asks me if I am a National Treasure of China, I just joke and tell them, “Yes I’m a Panda!” 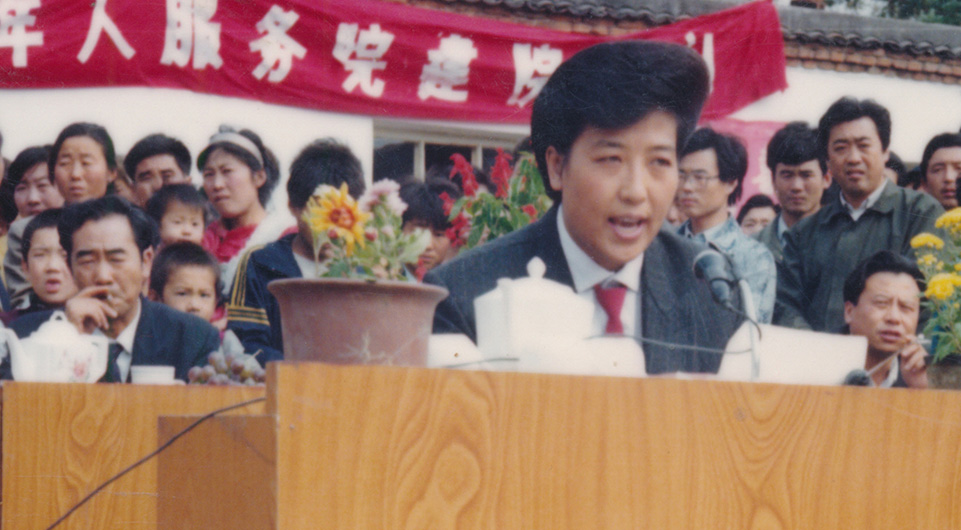 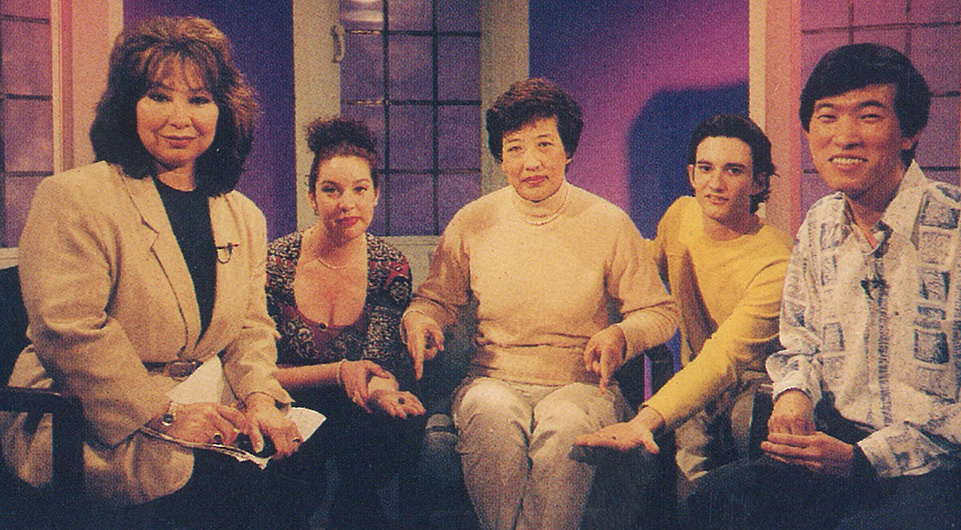 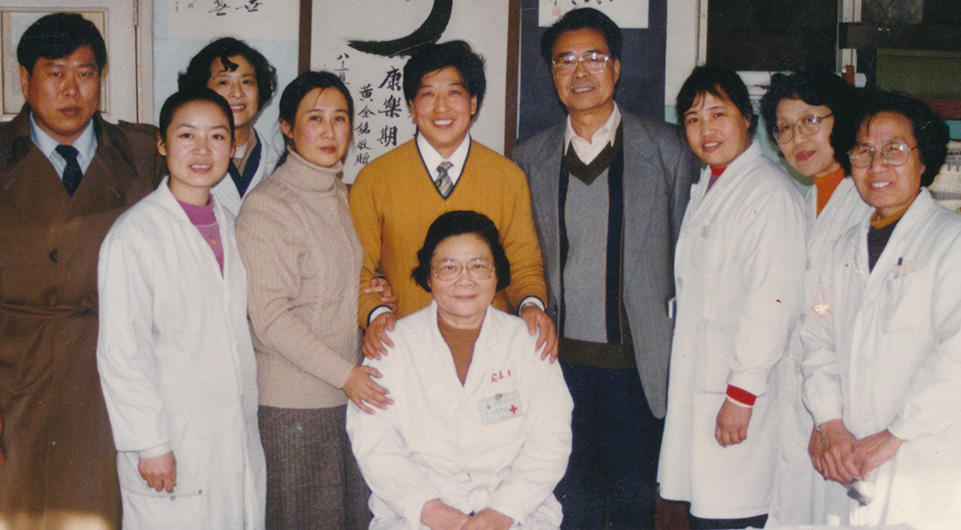 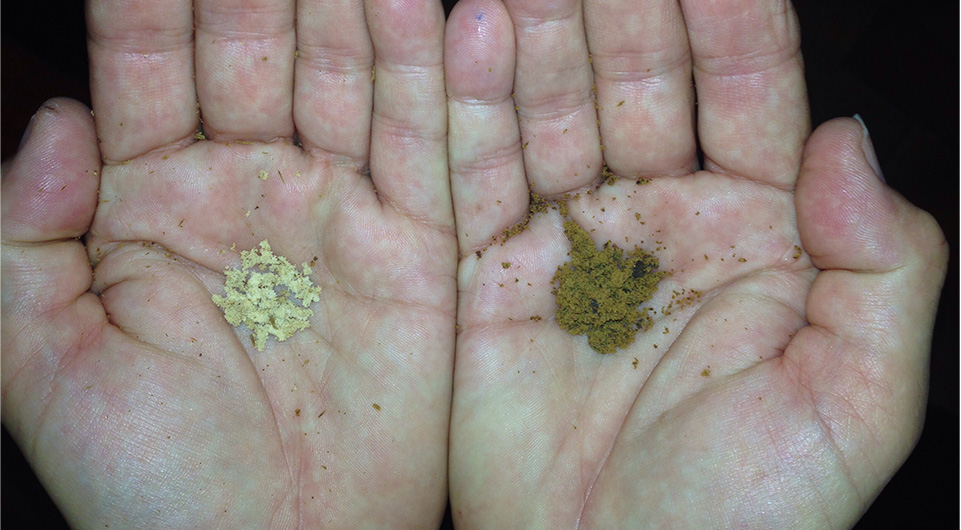 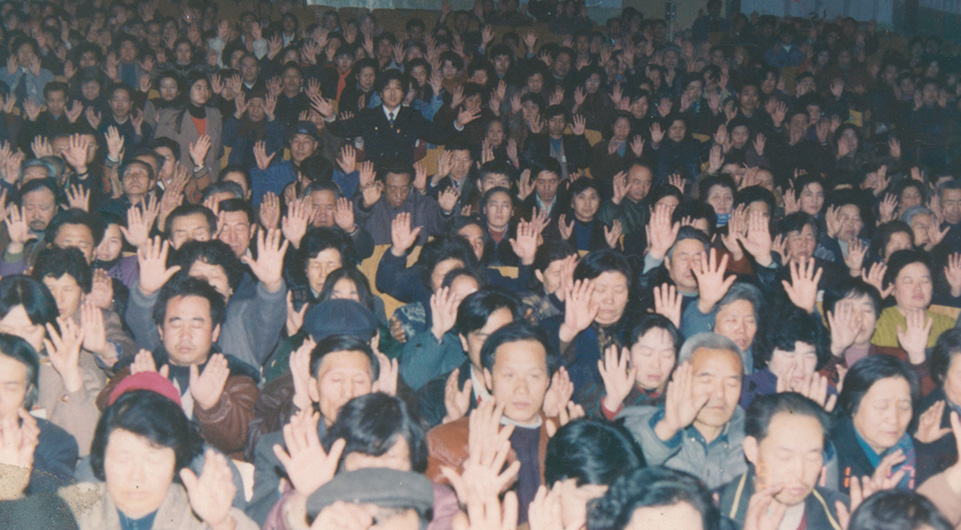 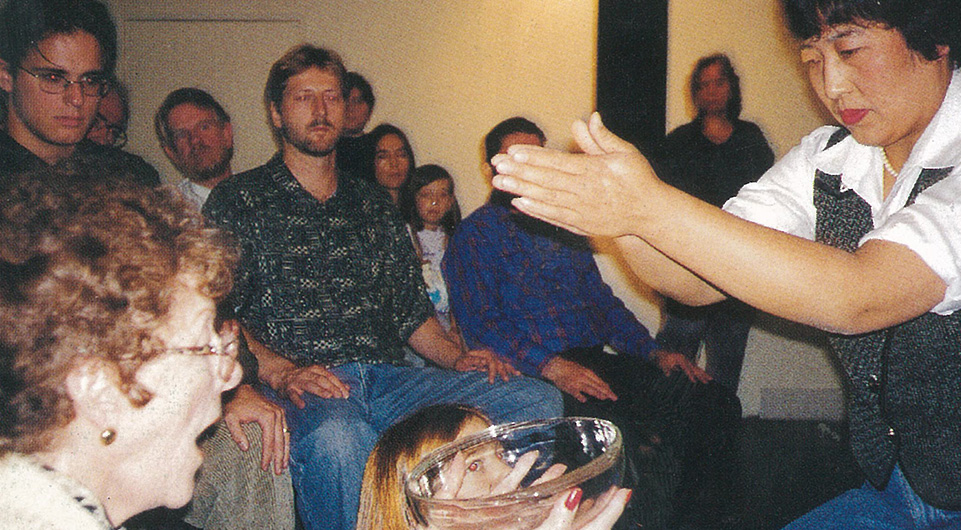